Azula Ultimate Bonus/Poll of the Month 4

Azula proved so popular in the poll of the month that pretty soon the question was not whether Azula would win or not...it was by how much would she win by? I have to admit that a week into the poll this had me wondering what to do for her since I had already milked her barefoot scenes in the beach to death in my last 3 bonuses for her. Luckily the final episode of Avatar aired and needless to say my problems were solved. See for yourself!!! 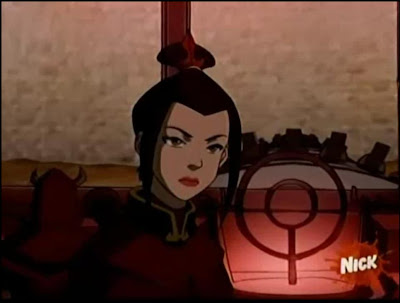 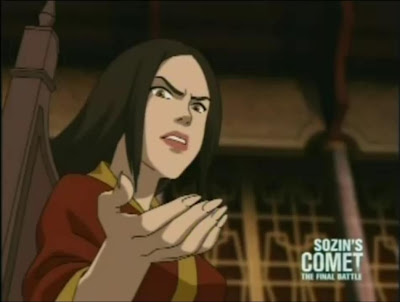 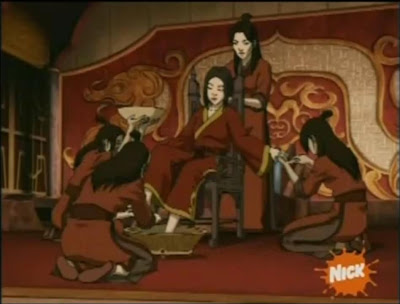 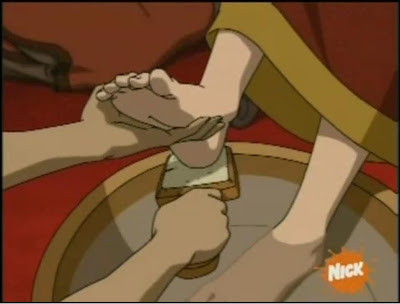 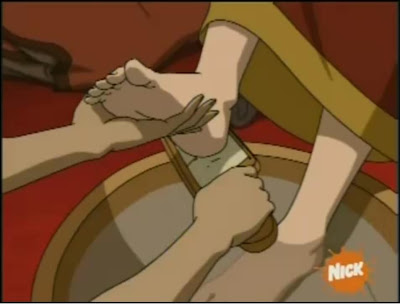 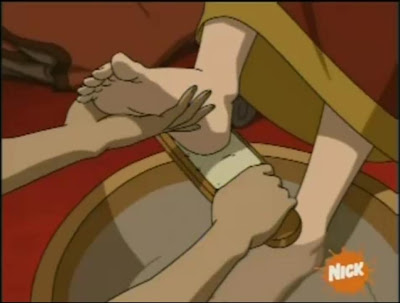 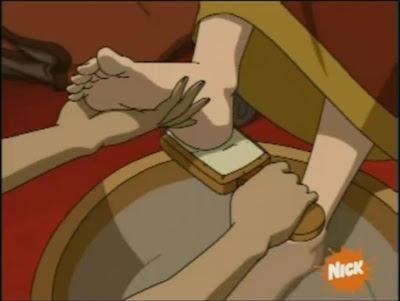 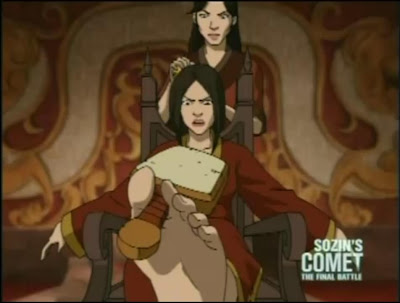 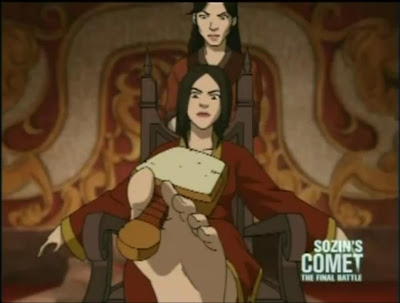 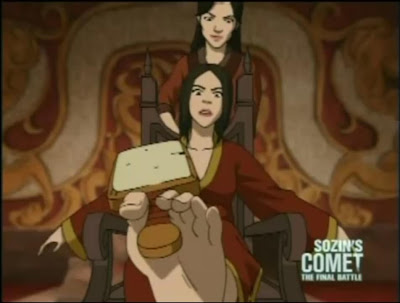 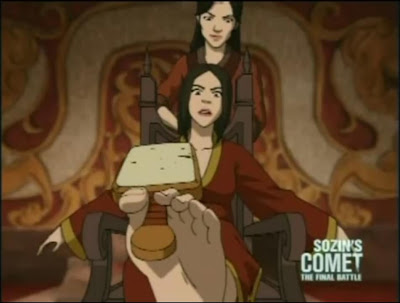 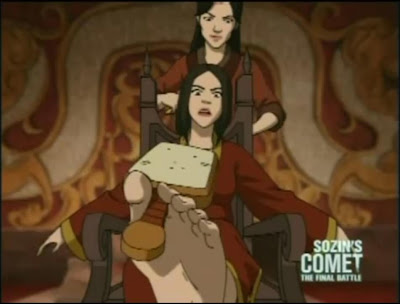 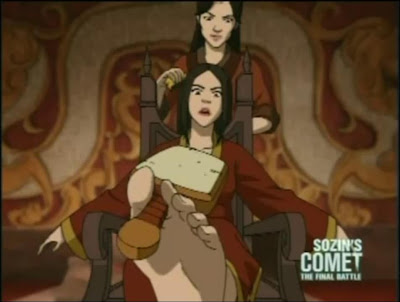 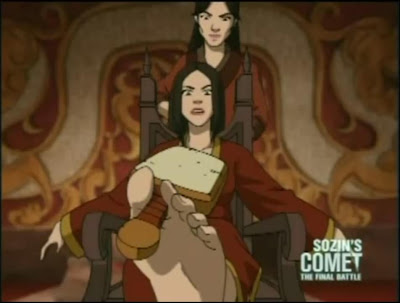 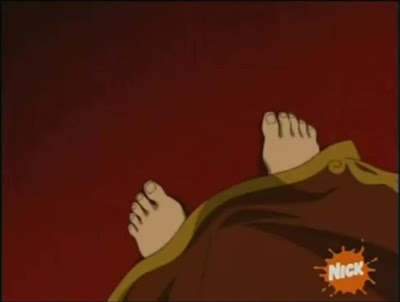 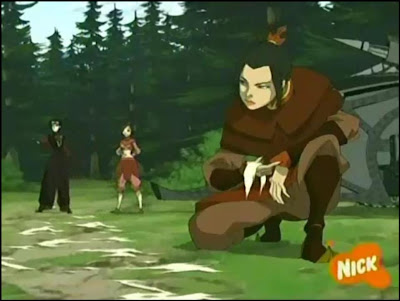 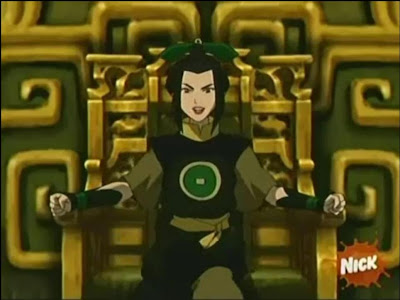 (While I capped these pics from various Avatar episodes, the foot scenes were from the Avatar finale: Sozin's comet. I'd also like to thank fellow avatar fans Daniel Wickie and Spriteman for trying to give me a head's up on this scene.)

What makes Azula a great woman to be a footslave to? Pretty much everything about her. She's pretty, intelligent, powerful and being the perfectionist that she is, she's very demanding of her servants (including the ones taking care of her feet). If anyone still has any doubts as to why Azula was able to win the poll, let me give some background on the foot scenes above. After banishing one of her servants because she found a pit in one of her cherries. She stares at the rest of her horrified servants and demands to know what they are all looking at. She then reminds them that she has two feet that need scrubbing. As the servants rush to get back to work, Azula tells them to make sure to get in between her toes and that she won't have her first day as firelord marred by poor foot hygiene.

Ok with that sexy image in your head, let's move on...

Well being that it is a Friday and a new month to boot, there's a lot I need to cover. Let's start with the big changes. As you can see I changed the color scheme of my blog. In honor of Azula's victory, I decked out my blog in fire nation colors. I also added a fun new poll of the month asking readers which Sexy videogame villainess would they like to like to be a footstool to. I hope that inspires the daydreams of your favorite villainess resting her feet on your face I intended it to.
As with the rest of my polls, Voting is anonymous and you don't need a blogger account to vote so anybody that wants to can participate. I'd love what everybody's opinion is. Hopefully I managed to get everybody's favorite (or at least one of them) in but if there are any glaring omissions let me know and I will try to give them an honorable mention.

This week in addition to trying to wrap up my last poll of the month by posting tributes for the rest of the girls (Scroll down to see Mai, Queen Beryl, the Baroness and Android 18), I also worked on a couple of writing projects.

I added a couple of chapters to the DBZ Shrink interactive working on the threads involving Goku, Krillin and Android 18 and Videl and Gohan. You can view all those chapter here:
http://www.writing.com/main/interact/item_id/1341367/action/outline

After suffering a huge delay with the De-booting league main event introduction. I decided to continue the countdown for it another week adding some extra bonuses with SFD here: http://www.writing.com/main/view_item/item_id/1453986

Finally the week wouldn't be complete without a comic book interactive update and I managed to add a brief Mary Jane chapter here:
http://www.writing.com/main/interact/item_id/1393778/action/outline

To top it off both of the interactives that I told you to keep an eye on last week have started to show their full potential. Daniel Wickie's With Friend's like These interactive has released an intense set of Azula chapters: http://www.writing.com/main/interact/item_id/1450643/action/outline

Well in addition to next week's plans let me tell you what the rest of the month will be like too. This month the blog bonuses are going to be a lot more random than last month which had a villainess theme. In addition to villainess bonuses, I'll also post comic book girl bonuses, anime girl bonuses and whatever I find that I think will be interesting.
Tommorow evening I'll definitely post the intro chapter to the main event or at least part of it. After that I'll work on other projects including my Comic Book Interactive, my Wonder Woman story, Soulcalibur story (anyone play SC 4 yet?), the Naruto/Avatar interactive and the DBZ Shrink interactive. It appears that August looks to be a busy writing month for me as well.

Alright Everyone...I hope you liked the Azula pictures and as usual more to come soon