Hot on the heels of of my tribute to Queen Beryl comes my tribute to Mai Valentine. Sadly Mai doesn't go barefoot in the anime either. While I love her sexy purple boots, I really wish that she had taken them off in Yugioh at least once. Anyway, because she's so hot, I'm still gonna do my best to make a tribute to her. 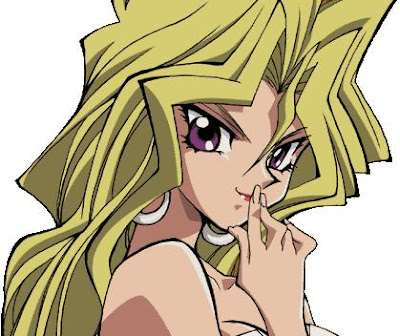 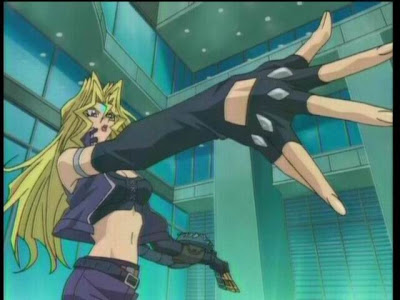 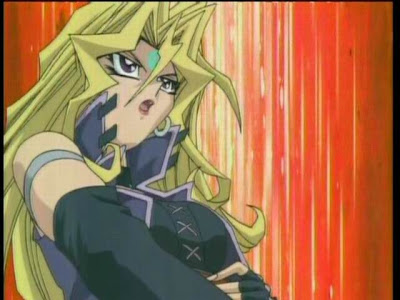 Though she reforms pretty early in her series, this girl caused quite a bit of trouble for Yugi and his friends (particularly Joey Wheeler). Later on in the series, she makes another villainess turn after being brainwashed by Dart. Her duel with Joey in that story arc is one of many dramatic moments in Yugioh that make the series a must watch. One of the things that I love about Mai is that in addition to her gorgeous looks, she has a memorable personality. Though at first glance, she appears to be tough, there's also a tenderness and vulnerability to her that make viewers see her sympathetically. Although she often acts coldly and teases her friends, it obvious that Mai cares deeply for them and would do anything to help them out. In the series she often paired with Joey (who has similar problems expressing himself) and the two make one of my favorite couples. Overall Mai is a great character and as a sexy villainess who wouldn't want to be her footslave?

I really wish I could have given Mai the tribute she deserves and shown everyone her bare feet. Unfortunately (as far as I know) she spent the entire series keeping her feet hidden from the camera. *sighs*

Anyway, on a completely unrelated sidenote, I'd like to introduce you guys to some of my favorite deviant artists...