Ok...after a bit of a break...it's time to return to the villainess bonus. ^_^ To make up for lost time...let's start things off with a mega tribute to the Plant Queen Poison Ivy. This goddess has an outstanding amount of barefoot moments associated with her. In fact she had so many that in order to take it easy on your modems I had to split it into five segments. This first one is dedicated to her comic book form. Enjoy guys. :-) 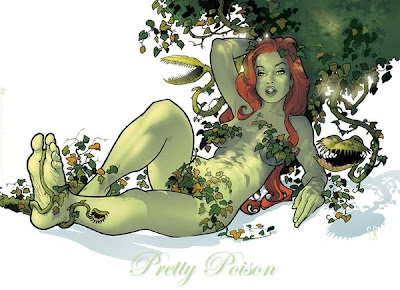 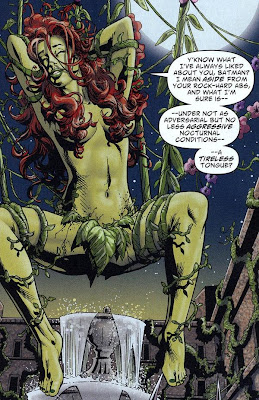 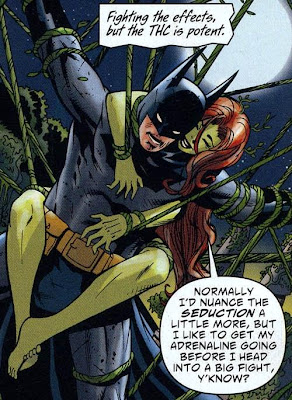 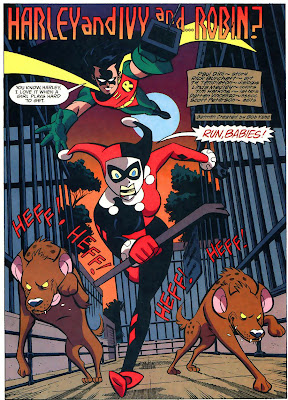 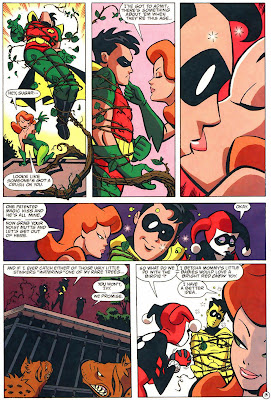 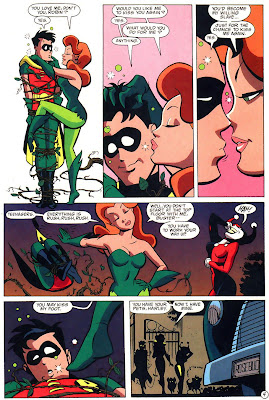 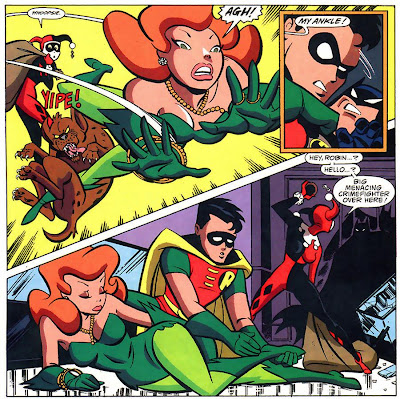 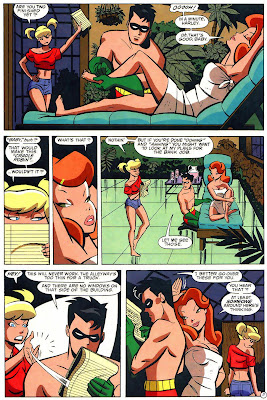 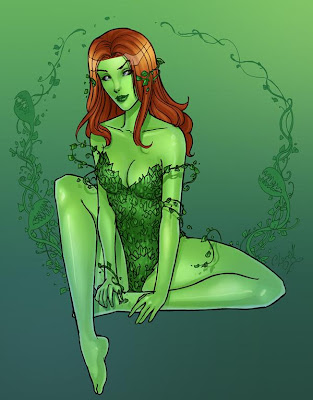 (Various webfinds and comic book moments depicting at her best. Most of the pictures are excepts from Batman and Robin adventures issue 8 involving Robin in lucky uh I mean unfortunate position of being a slave to Poison Ivy and Harley Quinn. A special thank you to fellow comic book fan Daniel Wickie for finding the first image. ^_^)

Between the two of them the Dynamic Duo sure seem to find themselves dominated by their female enemies' feet a lot. Case in point here and here. Robin in particular seems to find himself a magnet for female feet. Wish I had that problem. ^_^

On a interesting sidenote...when he finally finds a way out of this situation...Robin makes one more foot reference. Giving you readers a chance to take on the role of the Dark Knight detective...can you guys figure out what the boy wonder says? I'll post the answer in the comments tomorrow.