Rurouni Kenshin: Meiji Swordsman Romantic Story is a Japanese manga series written and illustrated by Nobuhiro Watsuki with an anime adaptation. The fictional setting takes place during the early Meiji period in Japan. The story is about a fictional assassin named Himura Kenshin, formerly known as the "Hitokiri Battōsai". Kenshin later grieves for all the lives he has taken, and vows that he will never kill again. [wikipedia] 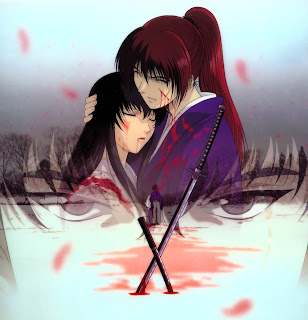 Rurouni Kenshin anime series
Posted by Cyber Media at 12:01 AM