I said I would post a variety of different things this month so here's something I haven't done in a while...given an X-men member a tribute!! 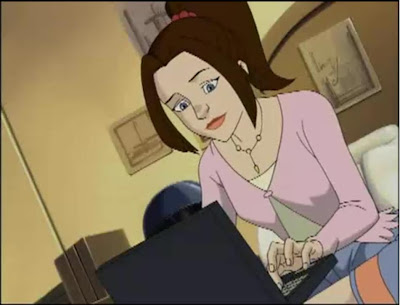 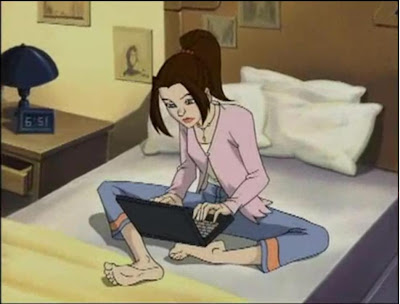 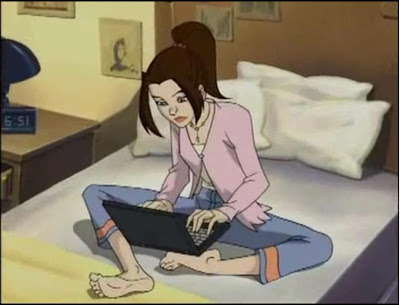 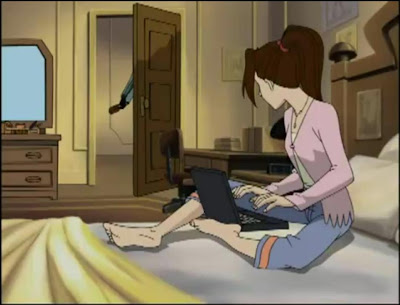 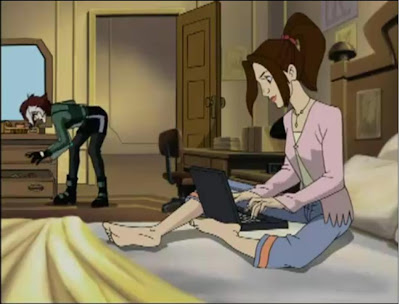 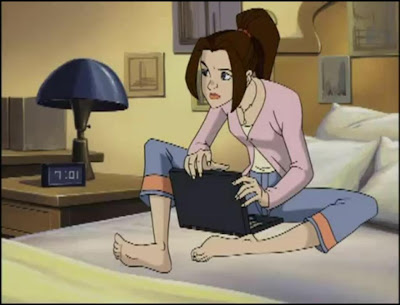 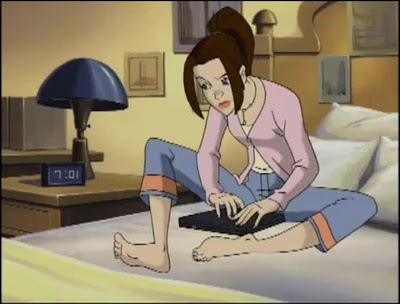 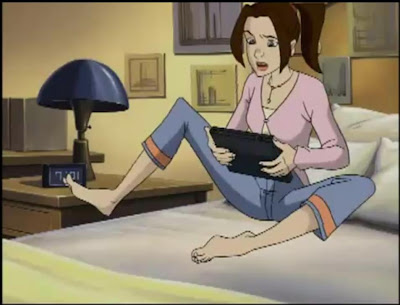 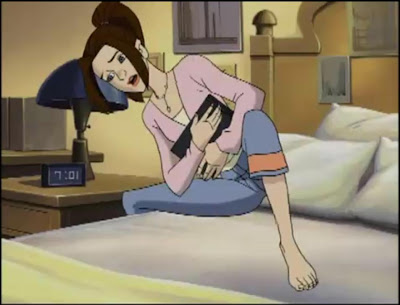 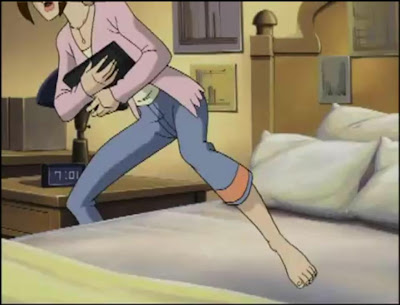 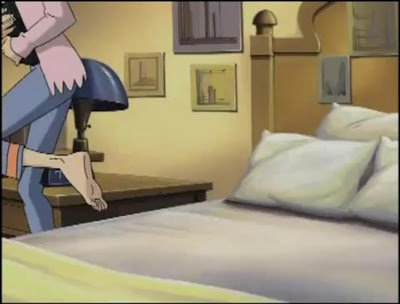 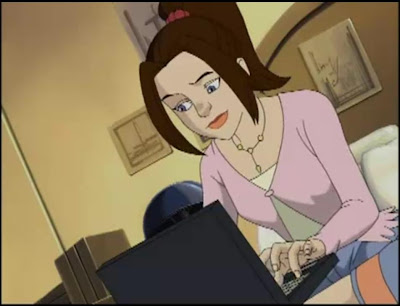 (I find myself thanking the producers of X-men evolution once again as the lovely Ms. Pryde fails to disappoint us, going barefoot yet again in the episode Grim Reminder.)

So what did I do this week? Well it was a slow week production wise as I attempted to finish the main event introduction but I finally got it up.
http://www.writing.com/main/interact/item_id/1349529/action/outline
In case you're wondering why there are two versions, it's a long story. I had a rough version (the Superman version) of the match intro written beforehand but I wrote a second version (the blue bomber version) after I read SFD's pre-match preview (see the final bonus of my FDL main event countdown for details). The second version uses the preview as part of the introduction and incorporates some other cool ideas that SFD had for the match including my very own cameo appearance. The original version has guest appearances by April and Superman. There are a couple of other differences but I don't want to spoil them for you. Anyway now that the intro is setup, I can finally relax a bit and just watch the show. SFD has already started his continuation and so far the match looks like it would be pretty good.
I did work on other interactive additions toward the end of the week including a DBZ and Naruto/Avatar chapter but they are still incomplete. I'll try and have those up soon. With that in mind...let's go to the spotlights.

It unusual that I would list my Comic Book interactive in the Spotlights section but this week I didn't get to update it. Luckily...the author Mr. E added some great chapters involving none other than the girl of steel herself.
http://www.writing.com/main/interact/item_id/1393778/action/outline
Speaking of Mr. E, he has released a new GTS interactive called Shrunken Doctor:
http://www.writing.com/main/interact/item_id/1456566
One of doctor speciaties is a podiatry leading to several possibilities of foot related shrinking scenarios.
For the third week in a row...Daniel Wickie fails to disappoint providing not only chapters involving Azula getting her feet massaged and tickled but among other things an enchilada recipe?!!!!! Check out his interactive to see what I'm talking about.
http://www.writing.com/main/interact/item_id/1450643/action/outline

I also have to give it up to StreetFighterDash once again for adding a boss rush thread to his Fantasy Tickling Interactive: http://www.writing.com/main/interact/item_id/1341358/action/outline This thread let you worship nearly every single main Sailor Moon villainess.

Next Week:
Having completed a major project, I'm gonna work on another one...my Wonder Woman story. There are also 4 interactive chapters that will definitely be completed next week. 3 DBZ chapters and one Naruto/Avatar chapters. After that if there is time...I'm going to work on my comic book interactive.

Ok...Enjoy the pictures everyone and as usual more to come soon.