Ah what the heck...here's a quick bonus to hold you over while your waiting. I know Kaileena isn't as well known as some of the other girls in this poll but she's actually holding up pretty well with these group of girls and has gotten quite a few votes over the past couple of days. So as a reward for the determination of her fans, here are a couple of pictures of the Empress of Time. 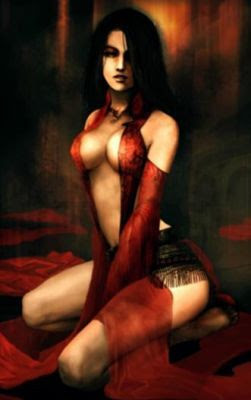 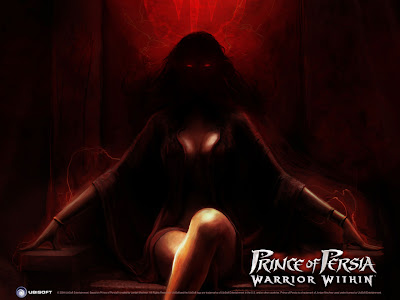 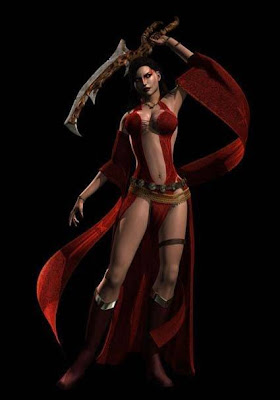 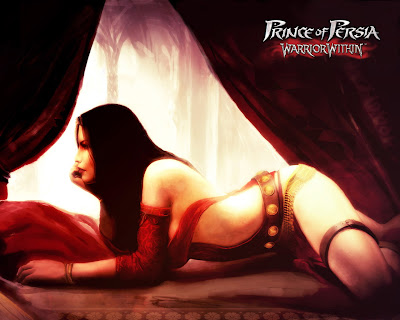 (These pictures are all promotional and bonus artwork from Prince of Persia: Warrior Within)

This incredibly sexy villainess is the hottest girl in the Prince of Persia series even beating out the main female character in the trilogy in terms of pure gorgeousness. Not only does she have awesome powers, this clever and dangerous femme fatale delivers some of the best dialogue in her game making any player have no qualms about doing all to extra work to change the course of destiny (and get the good ending) to wind up with her. As an added plus she's voiced by Monica Belucci who is quite sexy as well. It would definitely be cool to be used as a footstool by her and have her sexy soles pressed up against your face.

Ok...with that pleasant image to dream about...have a good night everyone!!!
-KSC
Posted by Cyber Media at 9:22 PM